What primarily intrigues me about people who willingly show themselves and their oversized properties off in places like the Wall Street Journal’s Mansion section is…why? I know we are in the age of oversharing, but these are obviously wealthy people, usually with children–just the sorts you’d expect to want privacy. Of course, if they seek to peddle their supposed dream home, that would explain it, but often, as in this Mansion piece from last week from Montana and Idaho, the profiled households say they’re staying. So then I figure someone involved in the property–the architect, the designer, maybe the Realtor–leans on the homeowner to put their prize on parade. But if that’s the case, at least keep yourselves and especially your kids out of it. Not either of these bunches! Sometimes it must just come down to self-promotion, and this can suffer from embarrassing prose and images. The “feminine” Montana manse here is held by a “sprawling boutique” owner from L.A., now “a single mother of four,” who wanted to escape the Tinseltown glitz and dreads the thought that any trailing rich could invite “Louis Vuitton in downtown Whitefish.” As it happens, however, she herself has opened, just there, the “Boudoir Bar Cafe, a coffee shop and gelateria” (shown in two photographs). So maybe I have my why in her case. 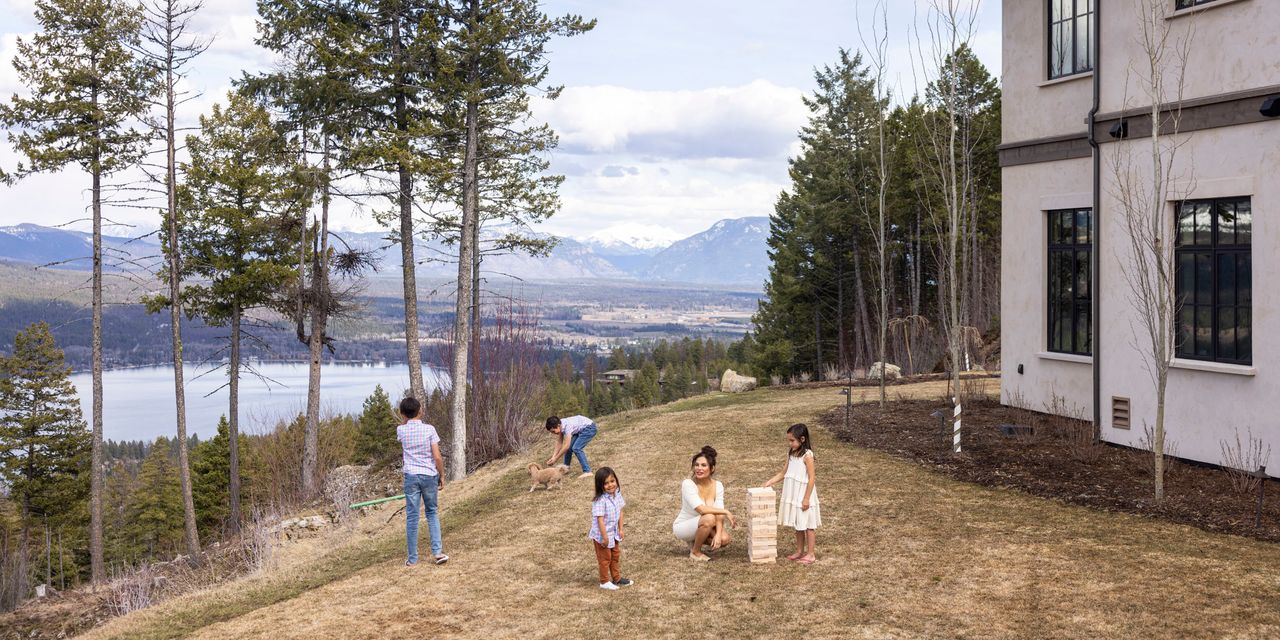 Million-Dollar Lake Homes in Montana and Idaho Sell For Double What They Did Two Years Ago
Demand is high for luxury homes in northwestern lake regions, which have experienced an influx of buyers from “everywhere around the world.”

One thought on “Show-Offs and Their Big Houses”